Swimming as popular then as it is now.

There is evidence of people enjoying swimming from as early as the Stone Age and, since then, even as civilisations and customs have changed, swimming has remained an integral part of many societies. It is important to note that we only know of the swimming communities that were recorded, by drawings in caves or written records or the like. It is likely that humans who live near water have always taken part in some form of swimming.

The “cave of swimmers” can be found at Wadi Sura in Egypt, where you can see depictions of swimmers that had been drawn onto the walls by Egyptians at least 6,000 years ago (as shown on the pictures). The Hittites of Anatolia (modern-day Turkey), the Minoans of Crete (Greece), and other early civilisations also left drawings displaying their swimming and diving skills.

People also swam in Ancient Rome and Ancient Greece. Most Roman baths were equipped with plunge pools in which swimming was enjoyed, and many Romans swam in the Tiber River, which flows through Rome. It is a little known fact that Julius Caesar was a relatively good swimmer. Swimming was also a key aspect of life in Ancient Greece- Greek philosopher Plato likened a man who didn’t know how to swim to an uneducated man.

Swimming was an essential aspect of the training of warriors, and there are accounts of battles which were won thanks to swimming. For example, Thucydides informs us that during the siege of Sphacteria by the Athenians, divers managed to bring provisions to the Spartans on the island by swimming underwater, towing baskets behind them.

The first records describing a competitive swimming event are from a race in Japan in 36BC, organised by Emperor Suigui between Samurai warriors. The first national swimming organisation was also established in Japan, by Emperor Go-Yozei in 1603. He also insisted that school children learn to swim.

The English are considered the first modern society to develop swimming as a sport. Kitty Wilkinson’s campaigns are credited with the opening of the first public bathing facilities in England (in Liverpool!) in 1842, following the cholera epidemic which highlighted the need for hygiene.

Competitive swimming began in London in around the same period, and, whilst English people tended to swim breaststroke in races at the time, when Native Americans swam in a race in 1844 their stroke was described as having arm motion “like a windmill” and kicking in an up-and-down motion. This early form of front-crawl was successful in the race. In 1873, John Trudgen copied the arm motion of the stroke and introduced it to England, naming the stroke “the trudgen”.

Swimming was one of the original sports of the modern Olympics in 1896, demonstrating its popularity throughout history. In 2021 it was the most watched sport at the Olympics and we were delighted to see Britain win more medals in Swimming events than any other sport. 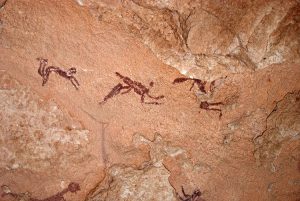